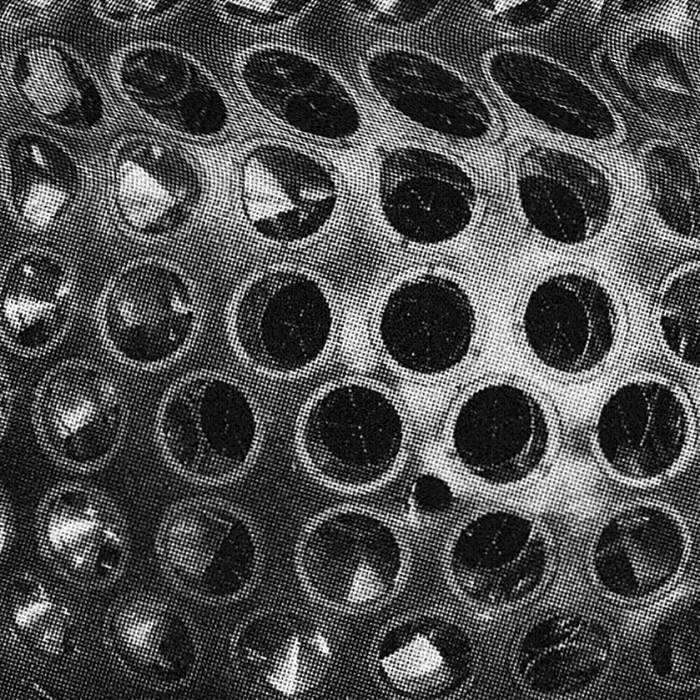 mafalda from the sun

dreamcastmoe, still on the block

Following the release of the ’Audio Track 5’ EP and live performances at the Strelka Institute (Moscow), Barbican Centre and Tate Tanks (London), electronic producer and musician Darren Cunningham AKA Actress and the London Contemporary Orchestra (LCO) are to release a full album of their collaboration on Ninja Tune entitled ‘LAGEOS’.

Originally performed at the Barbican in February 2016, the project was curated by Boiler Room and LCO with support from Arts Council England and Ninja Tune. The music created a synergy between both live electronic and acoustic components, not just in the harmonies but in the way the traditional instruments were spliced into new hybrid instruments. As part of the process, Actress and LCO augmented traditional piano and created sounds from objects as varied as temple bowls and plastic bags. The show, a massive sell-out success, eventually lead to the release of this much anticipated album.

For the album, LCO recorded the individual instrumental parts as stems at Spitfire Studio then sent to Actress to manipulate, in turn delivering some truly unique new pieces. LCO also went on to reinterpret Actress classics ‘Hubble' and ’N.E.W' among others from his catalogue.

“In many ways the collaboration is about exploring an ambiguity of sound that sits between electronic and acoustic spaces; something that we’re aiming to push further as part of the live shows,” says the LCO’s Hugh Brunt of the collaboration. “For much of the set we look to realise as close as possible the timbres and colours of Actress’ electronics through acoustic means (which he in turn responds to); something of a physicalisation of those synthesised or sampled sounds. That has involved utilising various accessories: plastic bags (for white noise or to emulate an EQ’d hi-hat); keys; Blu-Tack (to dampen the piano’s upper strings); milk frothers on harp strings, etc."

The project’s genesis was very much inspired by as well as performed at the mecca of brutalism – the Barbican Centre. Iannis Xenakis, a Greek composer and architect who would create buildings to fit his scores, and scores to fit his buildings was an inspiration, Actress and LCO took architectural layouts of the Barbican and created sounds directly inspired by its shapes.

Speaking to DAZED, Actress said “In terms of the actual architecture, what I wanted to do was basically use the interior and exterior of the Barbican and the surrounding area and pick out all the shapes. So I try and integrate the shapes into the arrangement and then take that apart, like how certain filter envelopes on the drum machine react. I’ve always wanted to experiment on that level, like Iannis Xenakis. He's a proper don. For me the environment is important and the landscapes are important, so it seems wrong not to use these really cool shapes and feature that in the music.”

Over a decade of releases Actress has built a reputation as a fine creator of cerebral abstract techno or R&B concrète; crafting pulsing kickdrums, jittering percussion and chopped sample loops into churning, rumbling tracks soaked in static. His most recent studio album was 2017’s ‘AZD’, a chrome aspect journey into a parallel world. He has been on record saying he wants to make ‘classical stuff for a modern generation’, his first instrument as a child was the clarinet after all. One of the most prominent and singular voices in electronic music, in addition to his recorded work, Actress has been photographed by Wolfgang Tillmans, and the late celebrated photographer Lord Snowden. Other collaborative projects include White Cube artist Eddie Peake, Mehdi Lacoste, Dan Emmerson and Belgian visual artist Pierre Debusschere, as well as fronting campaigns for fashion brands Acne and Cav Empt.

Actress and the London Contemporary Orchestra will be returning to where it all started at the Barbican Centre on the 26th May 2018 to perform and curate a programme of additional performances. To open proceedings multi-disciplinary artist Duval Timothy will deliver a set of jazz-inspired minimalism on piano. Lo-fi electronic performer and audio engineer Silvia Kastel then brings the first half of the evening to a close. Kastel’s set will playfully test the borders between sound art, noise and dance music. Following the concert in the Hall, Swedish producer Toxe will debut her live show on the Barbican’s Clubstage. Her late-night set of glitch-peppered techno will provide ample proof of her status as ‘one-to-watch’.

Bandcamp Daily  your guide to the world of Bandcamp

Benji B talks about his new compilation ‘Deviation Classics’